The Disc Lab's ratings are based on building a computer model of how a particular disc flies. Check out the technology page to read about the data collection process. Once the computer model is calibrated to data, the disc can be virtually thrown hundreds of times to characterize various properties of the disc that are important for golf. We've chosen to take a different approach compared to the most common four number rating system available today. Read more below to understand more about our ratings.

The distance rating describes how far you can expect the disc to fly in the air on flat ground with no wind (at sea level and 70°F to be specific). A disc with a higher distance rating is characterized by low drag and sufficient lift to keep the disc flying level. Distance drivers generally rate high in this category while putters rate low. This rating is developed for maximum distance throws which are not typically the same as the golf lines you'll be throwing on the course. The distance category is a combination of the speed and glide ratings in the tradition four number rating system and is computed over a wide range of throw speeds.


The numerical distance value is a ratio of the distance the disc travels in feet per MPH of release velocity. For example, a disc with a 5.5 distance rating thrown at 40 MPH has a maximum distance of 5.5 X 40 = 220 ft. Throw the same disc with 60 MPH and you could expect 330 ft on your best throw. Discs with a high distance rating obviously go further, which is helpful off the tee. However these discs are also more sensitive to release angles and velocity. Discs with a low distance rating are typically more controllable and consistent. The plot below shows the maximum distance achievable for three different discs for a range of velocities. 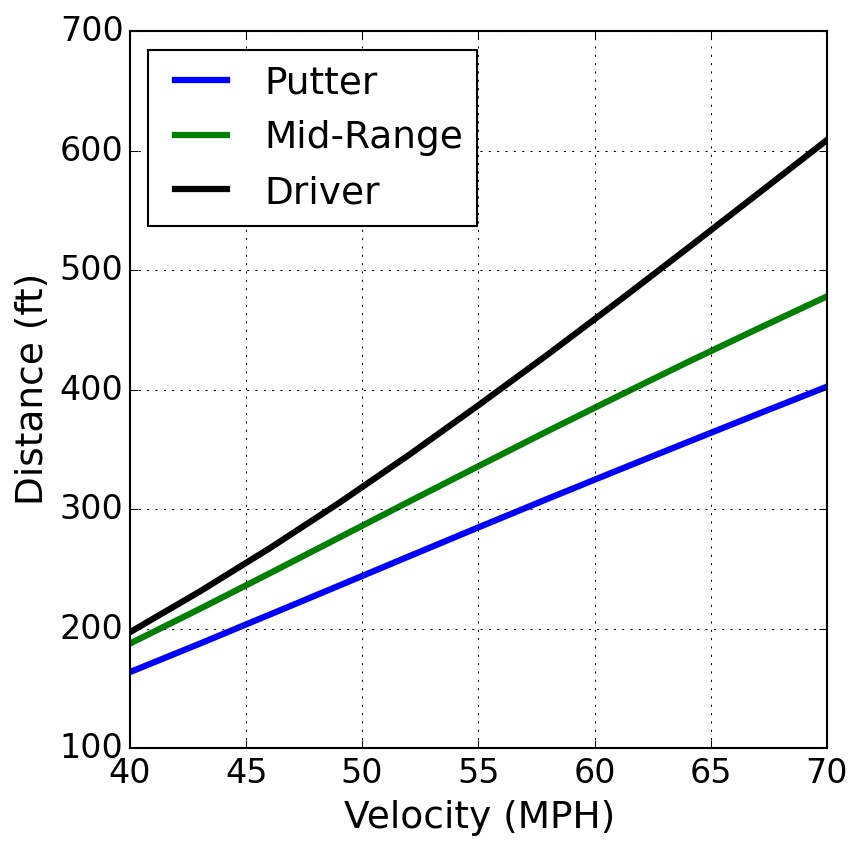 The turn rating describes the high speed stability of a disc (how the disc behaves during the first portion of its flight). Discs with more negative turn numbers will tend to turn over more. The numerical value of the turn rating is the average angle, in degrees, that the disc flight plate will tilt during the high speed portion of the flight. For example, a disc with a turn rating of -15 thrown flat RHBH will bank right 15° on average before beginning to fade. This rating is an average of many simulated throws that span typical release angles and speeds.


Turn values start at 0 (no turn) and go up to values around -35 for the flippiest discs. However, there is no upper limit for the turn rating. Discs with low turn values (near 0) are consistent in a variety of conditions while discs with high turn values are better for rollers and golfers with lower arm speeds. The graph below shows the hyzer angle for two discs with different stabilities, both released on a hyzer. The understable disc flips over, likely a throwler, and hits the ground with significant anhyzer. The overstable disc turns some, but doesn't even reach flat. 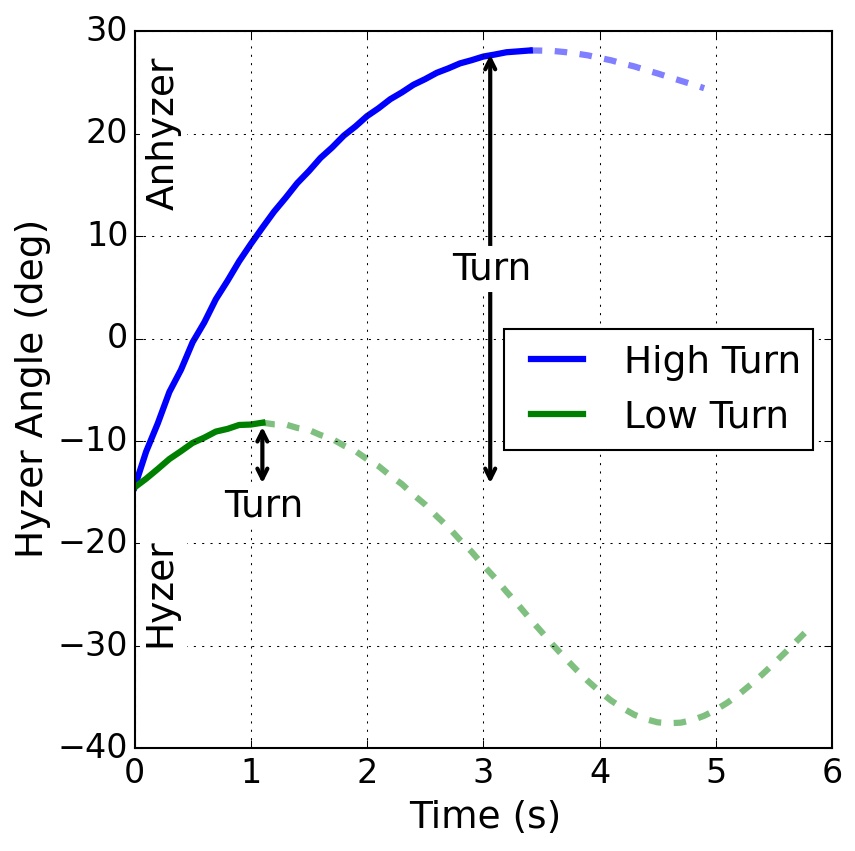 The fade rating describes the low speed stability of a disc. Discs with more positive fade numbers will spend more of their flight fading. The actual numerical value of the fade rating is the percent of the flight that the disc is fading. A disc with a fade of 50 spends half of its flight turning over and half of its flight fading. A more overstable disc might have a fade of 90 which indicates it begins to fade a fraction of a second after it's released. This rating is an average of many simulated throws that span typical release angles and speeds.


Fade values can theoretically range from 0 to 100, but most discs are between 50 and 90. Discs with low fade values are straight fliers that will hold any line while discs with high fade values are predictable and reliable in winds. 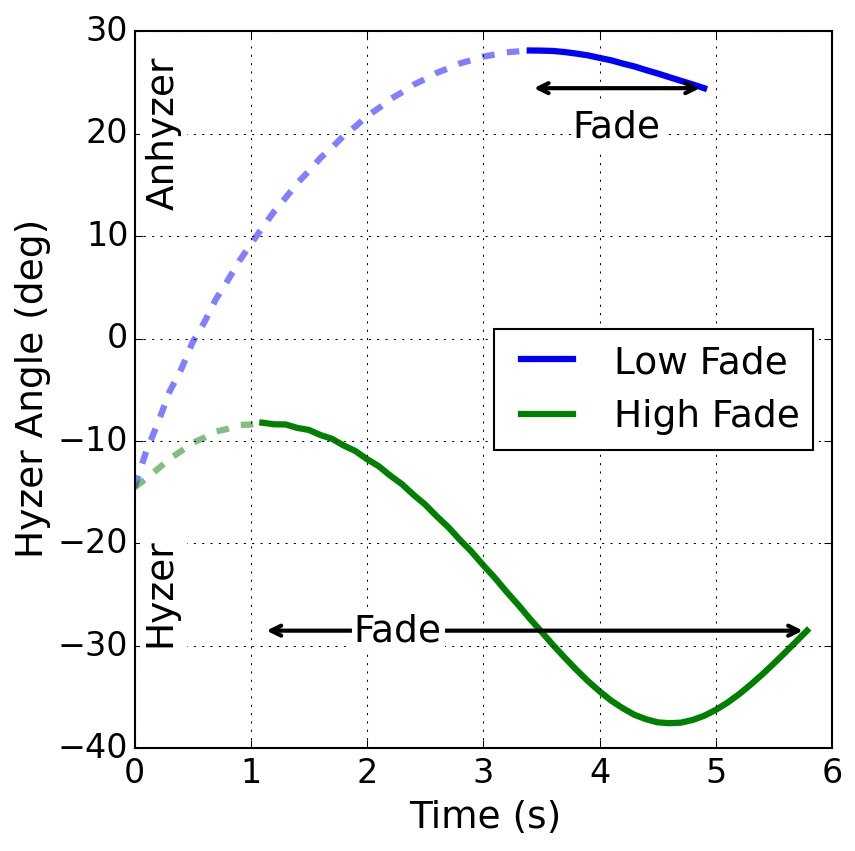